GM for a Day

The Angels have a lot of tough decisions to make this off-season.  Who do they re-sign?  What free agents and trades do they pursue?  How much money can they spend?  Tony Reagins and the Angel front office no doubt have a plan for upgrading the roster and it will slowly unfold before us over the course of the next few months.  I, however, am incredibly impatient.  I’m not going to sit around and wait for Reagins and company to tip their hand, instead I am going to put on the GM hat and layout my own blueprint for the Angel off-season in just 8 simple steps:

Move over, Tony Reagins. I’m taking over for a bit. 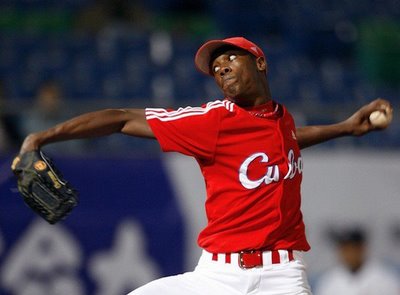 Could he be the Angels’ new ace?

Wait, you’re telling me we can get a new closer AND get rid of Gary Matthews?  Done and done!

So there it is, the perfect plan to keep the Angels financially solvent as well as improve their short-term and long-term championship prospects.  What do you think of my plan?  Let me know in the comments.