Hot Takes from Around The NFL 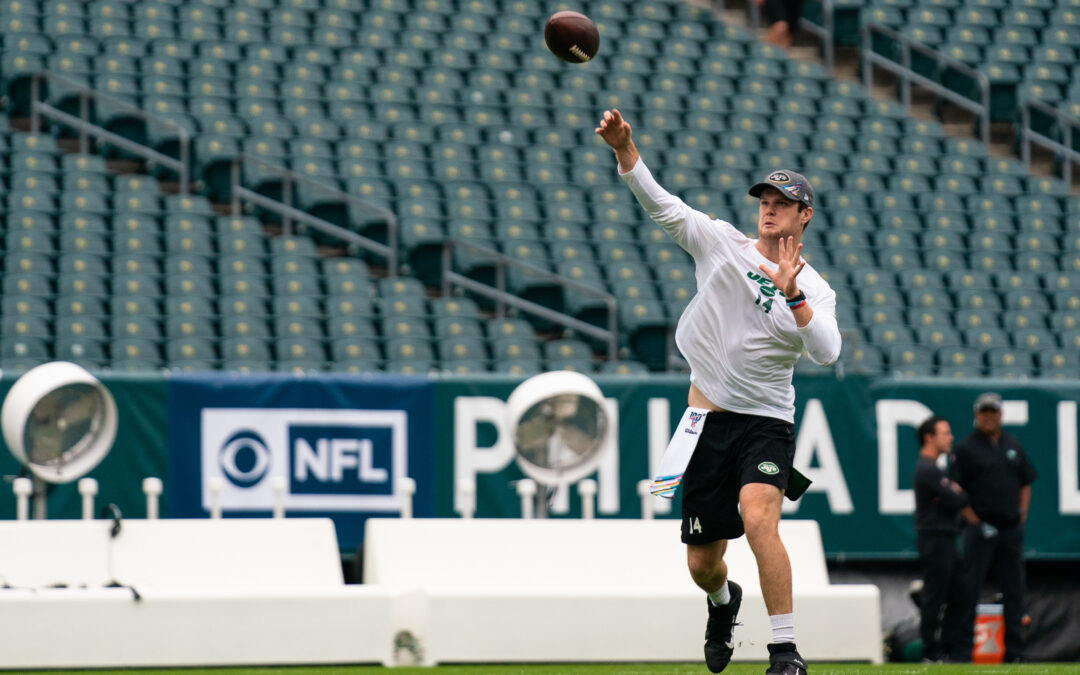 After trotting out second- and third-string quarterbacks for the past three games, the Jets might finally have some semblance of an offense with Sam Darnold returning this week.

The 22-year-old signal-caller has been cleared for contact, the team announced Tuesday. He’s expected to start on Sunday against the Dallas Cowboys which is good news for those with bet365 codes in nj.

Darnold, who was diagnosed with mononucleosis four weeks ago, hasn’t played since the season opener. He said he felt well enough to play last week, but an enlarged spleen gave him, and the team, some concern.

In Darnold’s absence, New York’s offense has accounted for just nine points in the past three games. Points will be even tougher to come by on Sunday against a Cowboys defense that has held opponents to 18 points per game this season, but with Darnold back in the lineup, there’s at least some hope that the Jets can do better than they have without him.

One day after accusing Baker Mayfield of not shaking hands prior to the coin toss of Monday night’s game, Richard Sherman is eating a slice of humble pie.

Appearing on The Pat McAfee Show Wednesday, the 49ers cornerback walked back his accusation against Mayfield after video on social media showed that the Browns quarterback did in fact shake hands with Sherman.

“It’s definitely my bad,” Sherman told McAfee. “I never want anybody to deal with some sh-t that — I mean some some stuff — that they didn’t do. And so, you know, the questions that he’s gonna get and the annoying, nonsense questions about some stuff that happened in a game that’s already been done, you know, sure he’ll get an apology for that. I’ll probably reach out to him via text or social media to actually get ahold of him and talk to him in person, I mean on the phone. But, yeah, because that sucks. . . . But yeah, yeah. He definitely deserves an apology, and my bad on that.”

Sherman added that he still felt disrespected by Mayfield, but acknowledged he would have worded things differently given the chance.

“I may have phrased it differently, but I meant what I said,” Sherman said. “I did feel the disrespect. . . . I felt disrepect and at the end of the day that’s all the story was, really. Like, people can say, ‘Oh my God, he shook your hand’ or ‘Oh my God you were wrong.’ You can say whatever you want. I don’t give a damn.”

HandshakeGate, DapGate, whatever you want to call it, sounds like it might be put to bed, but you can bet it will be a hot topic the next time Sherman and Mayfield play against each other.

Dolphin’s Fish out of Water

After flip-flopping between Ryan Fitzpatrick and Josh Rosen for the first four games of the season, it looks like the Dolphins have finally settled on a starting quarterback.

Coach Brian Flores told reporters on Wednesday that the team’s quarterback situation is “settled” for the rest of the season. It will be Rosen under center for the remaining 12 games, which Flores and the Dolphins coaching staff will use to evaluate the former first-round pick as they look ahead to the future.

It’s no secret that Miami has eyes on next year’s draft and the crop of talented signal-callers expected to come out, but it wouldn’t hurt for the Dolphins to do their due diligence on Rosen. The UCLA product has shown flashes in his brief career, and while it hasn’t translated to many wins, there are many who believe he can still succeed in the NFL.

It will be interesting to see if Rosen can improve upon last season’s numbers when he started about the same number of games for the Arizona Cardinals.