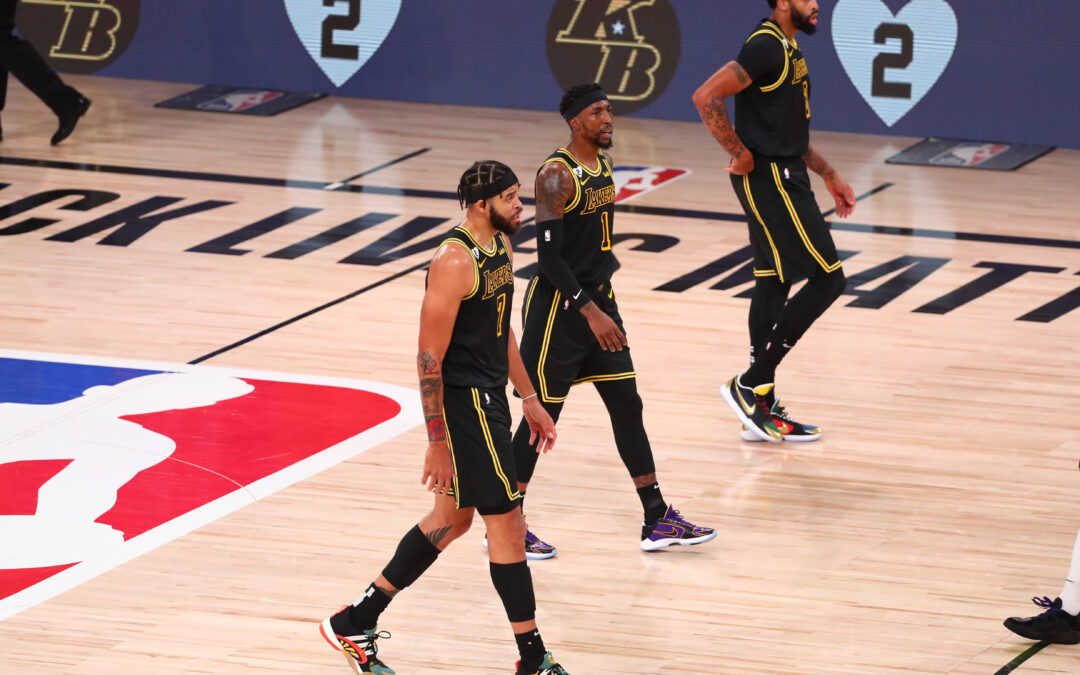 The Los Angeles Lakers put on a specially made black snakeskin jersey on the 24th of August, which was acclaimed as Kobe Bryant Day, to honor the late legend in their Game 4 of the first-round playoff against the Portland Trail Blazers.

The game ended in favor of the Lakers as they claimed a 135-115 victory with the Lakers starting the game with a 15-0 run, that increase to a 30 points advantage in the first half that later grew to 38 points in the third quarter of the game. This would’ve made Kobe Bryant proud.

An expected event unfolded during the game, as Lakers Kentavious Caldwell-Pope was able to score a point to bring his team 24-8 up with four minutes and some seconds left in the first quarter. Bryant was famously known to have worn the Nos. 24 and 8 jerseys in his 20-season career with the Lakers.

The 35-year-old superstar was able to bag 30 points on 10 for 12 shooting, having succeeded in making four of his five three-point attempts. He contributed 10 assists and six rebounds at the end of the game, www.casinous.com gave interesting odds regarding this match and the player and apuestas deportivas Argentina got in on the action as well.

James had formerly promised to continue Bryant’s legacy after the legends’ death alongside his 13-year-old daughter Gianna and seven others in a helicopter crash on 26 of January. Almost seven months later, James reconfirmed that he is keen on carrying on with the vow.

He continued: “To be able to continue his legacy is something that hits home for me and it’s easy for me because I’ve put in the work, and if you want to see results, you got to work at it. And it’s not about the wins or the losses and all of that nature. It’s about, a lot of people want to see results, but a lot of people don’t want to put in the work. And he wasn’t one of those guys. And I’m not one of those guys. So, it’s just an honor to be able to continue that legacy.”

Following an unexpected back pain, we saw Anthony Davis leave the game in the third quarter and didn’t return. But before that, Davis had registered 18 points, 5 rebounds, and 5 assists in just 18 minutes.

Speaking about his early departure, he said: “The back is doing fine, I’ll be fine.”

The Blazers’ Damian Lillard also succumbed to a right knee injury in the third and, just like Davis, did not return to the game. He registered 11 points, 1 rebound, and 4 assists in 27 minutes for the Blazers. Jusuf Nurkic was with the highest points in the Trail Blazers team as he scored 20 points, 13 rebounds and 4 assists, choose the best payout online casinos for maximum earnings when your favorite team or player plays.

The 135 points scored against the Blazers were the Lakers most scored in the postseason since 1987 when they have bagged 141 points against Boston.