What Are the World’s Most Exciting Horse Races? 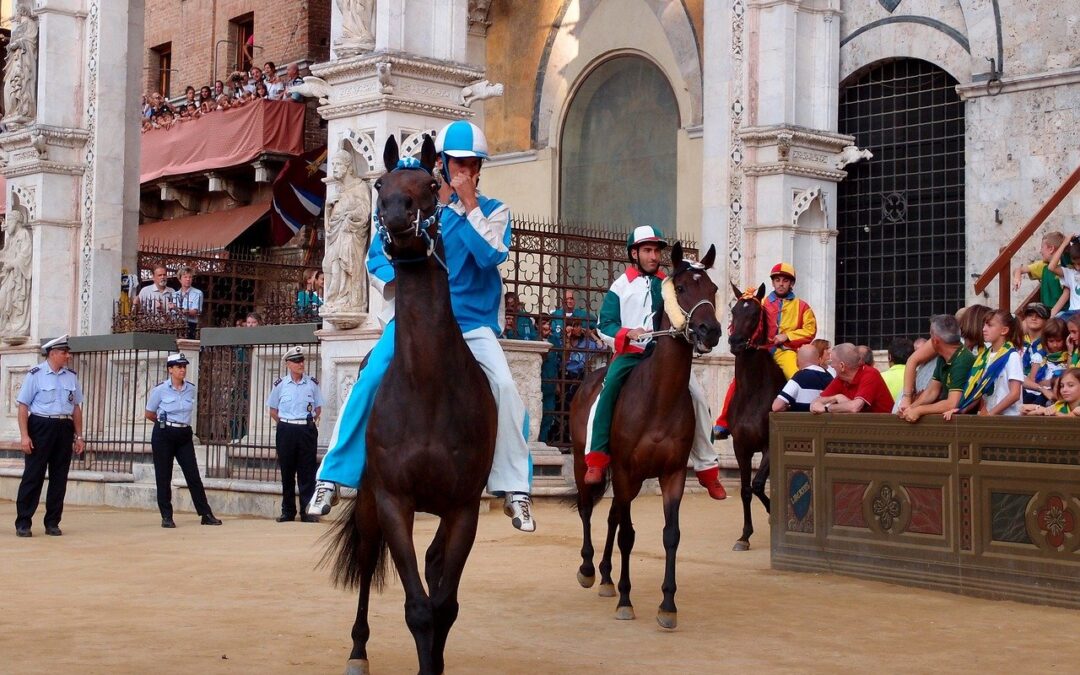 Horse racing is a sport that has captured the imagination of people around the planet during the last few centuries.

Due to this, thrilling events are run in different countries every year, so which are the most interesting?

In general, the Palio takes place in this Italian city twice a year – in July and August – but another race is scheduled in some years if there are any special events to be celebrated. Spectators from all over the world travel to Siena to watch this exhilarating race, where there appear to be very few rules and where even a riderless horse can end up winning the event.

One of the oldest and most popular thoroughbred races to be held in America, the Kentucky Derby was first run in 1875 and it is still going strong at Churchill Downs in Louisville. The fact that it is known as The Most Exciting Two Minutes in Sports shows how highly regarded it is among horse racing fans, with attendees using the warm weather a chance to put on their finest summer clothing.

As part of the famed American Triple Crown, it is also a hugely important race in deciding which is the best horse in any years. If we look at the list of the previous Kentucky Derby winners, we can see big names like Secretariat, Sir Barton, and Justify on there (check out TwinSpires.com for the full list). The other races that make up this sought-after title are the Preakness Stakes and the Belmont Stakes.

Germany perhaps isn’t widely regarded as being a major horse racing center, yet about 30,000 fans gather here each July to watch a series of races being run on the seabed. It happens at Duhnen, which is a North Sea resort near to the city of Cuxhaven.

Horse racing can be carried out on the mudflats once the tide ebbs, and it is an exciting event that has been a tradition here since the early 20th century. It might not be one of the purists, but there is no denying the thrill of beach racing in a glorious location like this. Beach racing is also popular in other countries, such as Ireland.

Often described as the oldest horse race still in existence, the Kiplingcotes Derby has been run every year since 1518, meaning that there have been over 500 derbies. Even in the midst of the COVID-19 pandemic, the tradition was continued as two riders walked the full route in 2020. This was done because the ancient rules state that if the race doesn’t take place on a certain year then it can never take place again.

For the moment, the Kiplingcotes Derby’s future is secure, but the route is prone to flooding as this historic race is run over a grassy verge alongside a road, rather than at a racecourse.  It is scheduled to take place on the third Thursday each March and anyone who turns up with a horse by the starting time and pays the entrance fee can compete.

These are just a few of the most thrilling horse races held across the globe, and they show how this sport can be enjoyed in different ways no matter where you are and what the conditions are like.